Another trip around the sun


Last Monday, June 16, BP released its Annual Statistical Review of Global Energy, and it is an opportune time to gauge the progress made on the energy front. I am commenting on some salient bits that jumped out at me at first glance.
Total Energy. Primary energy use climbed another 2.3% in 2013, bringing the total to 3.7 CMO.  This value includes an estimated 0.3 CMO from biomass that is not covered in the BP reports. In Chapter 4 of the the book, A Cubic Mile of Oil, we had looked at various scenarios for future energy demand spanning several growth rates. Global energy consumption has been following the high-growth business-as-usual (BAU) scenario trajectory, which, if continued, leads to an energy consumption rate of 9 CMO by 2050. 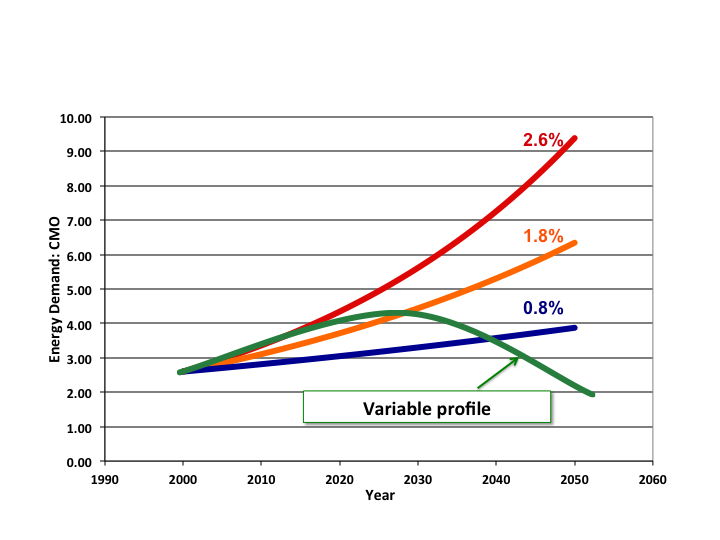 Figure 1.  Energy growth scenarios.
The world has been implementing many measures to increase energy efficiency—light bulbs, appliances, automobiles, power stations etc. Nevertheless, since 2000, except for a temporary dip following the economic crisis in 2008, global energy consumption has continued to rise at. As we had pointed out, the BAU growth rate was based on the historic data since the 1960s; it subsumes a certain level of consistently improving efficiency. Thus, if we wish to bend the growth curve down further, we will need to redouble our effort to increase efficiency in everything we do. While the trend line has clearly diverged from the scenario corresponding to the 1.8% growth, it is still not too late for the future energy consumption to follow the green trajectory we had labeled “variable profile.” The good news is that global CO2 emissions from energy use increased only 2.1% to 35.1 Gt while energy use increased by 2.3%; global GDP increased at an even faster rate of 2.7%
The increase in a tenth of a CMO was made up by increases of 0.01 to 0.02 CMO in all the different sources of energy: wind and solar, hydro, coal, oil, and natural gas. Only nuclear energy remained flat.
Electricity.  Total electricity production, which comprised 36% of total primary energy, has grown to 41% in 2013. The increasing contributions wind, solar, and geothermal sources are shown in Figure 2. For perspective, the figure also includes a line corresponding to 2% of total electricity generated in each year. The sum total of solar, wind and geothermal exceeds 5% of the global electricity generation, with both wind and geothermal exceeding the 2% level. 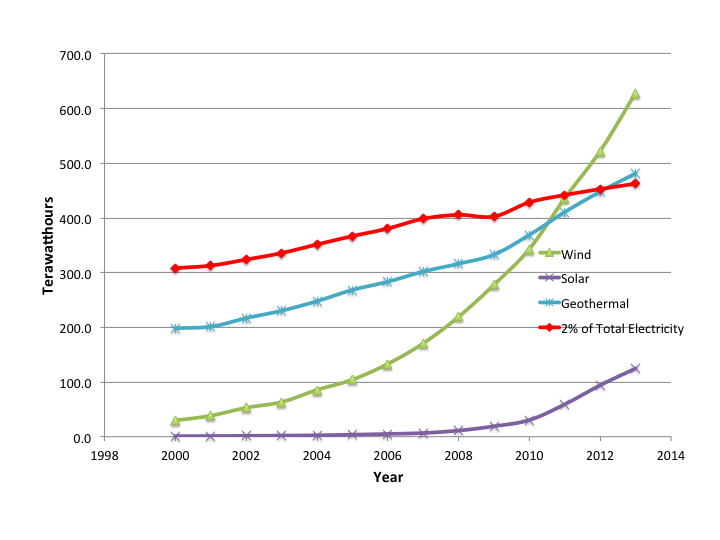 Figure 2.  Electricity generation from wind, solar, and geothermal sources.
As wind and solar installations continue to get cheaper they become the preferred choice for new installations in more markets. The cost of solar panel has already fallen to about $0.70/Watt, but the total cost of installation is still above $4/Watt. Rightly so, greater attention is now being paid to cost of other components, including permitting and installation. We can hope that these costs continue to decline and make PV affordable for the utilities and their customers. Nonetheless, it is a long road to reach the scale of a CMO/year.
Oil Production. In previous posts (March 10 and Oct. 15, 2013), I had commented on the increasing oil production in the US. I was particularly surprised by the projection by the IEA that the US oil would soon surpass that of Saudi Arabia. Yes, there had been a recent uptick in the US oil production, but in 2011 the Saudi production exceeded that of US production my more than 3 million bpd. While this gap could be bridged in a few years, that would require a massive investment, which I had not seen, and also it would depend not only on US production, but also the response of Saudi Arabia to the rise in US production.
The figures in the latest BP Report show that the gap between the US and Saudi production has indeed narrowed.  In 2013 it was down to 1.5 million bpd. Here is the updated figure of the US and Saudi oil production and consumption. Incredulous as I was then of the IEA analysts, I am beginning to feel that they had done their homework and looked at not just the past production numbers, but also the investments made for projects that were already in the pipeline. 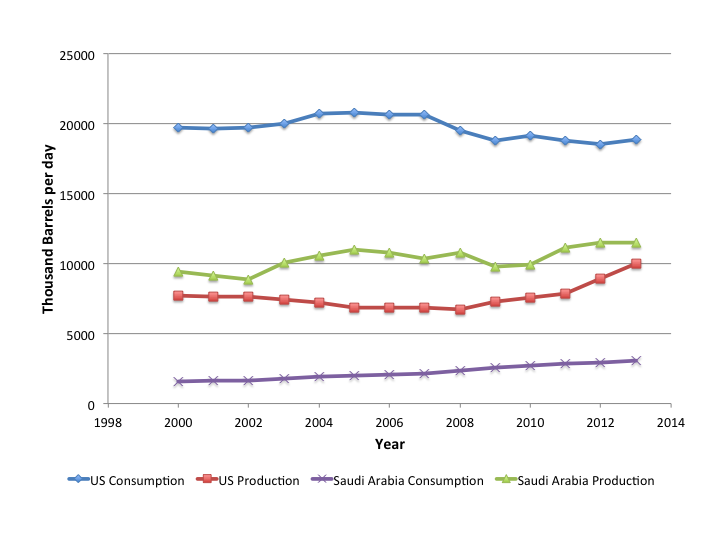 Figure 3. Oil production and consumption in the US and Saudi Arabia.
Writing this post reminded me of the time I was asked, back in 2008, if the US could replace all its coal-generated electricity with that from “green source” in ten years. Here is a short, 3-min video clip from that event.
Posted by Ripu at 2:11 PM 3 comments: